Xu Minghao (Chinese: 徐明浩; Korean: 서명호; born 7 November 1997), known by his stage name THE8, also stylized as The8, is a Chinese singer, dancer and songwriter based in South Korea. He is a member of the South Korean boy group SEVENTEEN under "Performance Team". In 2019 he served as one of the two dance coaches (alongside Jolin Tsai) in the Chinese survival show Idol Producer 2.

The8 was born in Anshan, Liaoning, China on 7 November 1997. He attended Beijing Contemporary Music Academy.

After debuting with Seventeen, The8 also landed a television role in Real Class - Elementary School in 2017. On December 12, 2017, Pledis Entertainment announced that The8 would be suspending his promotional activities due to a waist injury. It was not until the release of revised album "Directors Cut" that he return to promotions.

In 2018, The8, along with his bandmate Wen Junhui, participated in the Chinese reality TV show Chao Yin Zhan Ji (潮音战纪). In 2019 he served as one of the two dance coaches (alongside Jolin Tsai) in the Chinese survival show Idol Producer 2.

The8 made his solo debut on 9 June 2019 with the single, "Dreams Come True". The choreography video for the single was released on Seventeen's official YouTube channel.

Discography as a soloist 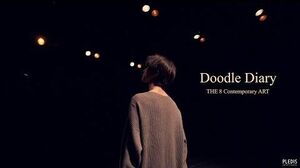 Retrieved from "https://carat.fandom.com/wiki/The8?oldid=11285"
Community content is available under CC-BY-SA unless otherwise noted.