Seventeen (Korean: 세븐틴), also stylized as SEVENTEEN or SVT, is a South Korean boy group formed by Pledis Entertainment in 2015. The group consists of 13 members divided into three sub-units, each with a different area of specialization: a 'Hip-Hop Team', 'Vocal Team', and 'Performance Team'.

Seventeen has been considered a "self-producing" idol group, with the members being actively involved in the songwriting and other aspects of the group.

Starting in 2013, Seventeen appeared in regular live broadcasts of a show called Seventeen TV on the online streaming platform UStream. The show had multiple seasons in which the trainees were introduced and shown practicing performances, with some seasons ending in Like Seventeen concerts.

Prior to debut, Seventeen also appeared in the reality TV show Seventeen Project: Debut Big Plan, broadcast on MBC between May 2–26, 2015. The show concluded with the group's debut showcase.

Seventeen debuted on May 26 with a live showcase televised by MBC. They were the first male K-pop group to debut with a one-hour live showcase on a major broadcasting channel, with label-mates Lizzy and Raina serving as MCs.Three days later, their first EP 17 Carat was digitally released. 17 Carat became the longest-charting K-pop album of the year in the US and was the only rookie album to appear on Billboard's "10 Best K-pop Albums of 2015" chart.

On September 10 their second EP Boys Be was released, which would later become the highest-selling rookie album of 2015. The album's success earned the group awards at the Golden Disk Awards, Seoul Music Awards and Gaon Chart K-Pop Awards. Seventeen was also the only K-pop group on Billboard's "21 Under 21 2015: Music's Hottest Young Stars" list.

Seventeen's first full-length studio album Love & Letter was released on April 25, 2016. The album charted on the Oricon Weekly Pop Album Charts in Japan besides success on domestic charts. Seventeen received their first win on a music show with the album’s title track "Pretty U".

Love & Letter was later re-released as a repackaged version on July 4 along with the lead single "Very Nice". Promotions were immediately followed by Seventeen's 1st Asia Tour 2016 Shining Diamonds, which included venues in South Korea, Japan, Singapore, Australia and China.

Seventeen held six concerts in Japan between February 15–24 named 17 Japan Concert: Say The Name #Seventeen. The concerts attracted a total of 50,000 spectators despite the group's not having officially debuted in Japan. On April 1, Seventeen became the first idol group to have a second season of the show One Fine Day after filming the series during their stay in Japan. The second season was titled One Fine Day in Japan and was created in collaboration between South Korean broadcaster MBC and Japanese network Music On! TV.

Seventeen's fourth EP, Al1, was released on May 22, 2017. A series of videos titled 2017 Seventeen Project and three music videos subtitled Chapter 0.5 Before AL1 were subsequently uploaded.

The group completed their first world tour, 2017 Seventeen 1st World Tour "Diamond Edge", during which they visited thirteen cities in Asia and North America, on October 6.

On November 6, the group's second full-length studio album Teen, Age was released, selling over 215,000 copies in its first week alone and therefore setting a new record for the group.

Seventeen released a special album on February 5, named Director's Cut. Although Director's Cut contained all tracks from the previous Teen, Age album, it was promoted as a special album instead of a repackaged one due to the presence of four new tracks, including title track "Thanks". "Thanks" reached first place on iTunes charts in 29 countries, including countries from North America, South America, Europe and Asia, proving it to be the group's most popular release yet worldwide. Time magazine named Seventeen one of the best K-pop groups during this promotion period.

On March 21, members Hoshi, DK and Seungkwan debuted as a subgroup called BSS or BooSeokSoon, a common nickname for the three members together. The group released their debut single "Just Do It" and enjoyed a short promotion period.

Seventeen officially debuted in Japan on May 30 with their first Japanese mini-album, We Make You. The music video for the lead single "Call Call Call!" was released on May 16.

Seventeen revealed on July 2 that they are scheduled to release their fifth EP, You Make My Day, on July 16. Promotions will take place in between the Ideal Cut concerts in Seoul and concerts scheduled in other countries in Asia.

Seventeen released their sixth EP You Made My Dawn on January 21. The title track 'Home' is considered their most popular release yet, winning ten trophies on weekly music shows. The EP also attained two triple crowns which consist of three consecutive wins on any one weekly music show, and a grand slam which consists of winning trophies on Music Bank, Inkigayo, M Countdown, Show! Music Core and Show Champion in a single promotion period. It is the group's best-sold release to date.

On May 29, Seventeen released their 1st Japanese single, Happy Ending. The release peaked at #1 on the Oricon Daily Singles Chart and went on to receive Platinum status from RIAJ.

On August 5, Seventeen released the digital single, "HIT". The single was a precursor to the group's third studio album, An Ode, which was released on September 16. An Ode is the group's best-selling album to date, selling over 700,000 copies in its first week, and granted the group's first 'Daesang' or 'grand prize' for Album of the Year. It was also critically acclaimed as the best K-Pop album of the year by Billboard.

On May 13, Seventeen released the first installment of "SEVENTEEN : Hit The Road", a documentary series posted on their YouTube channel. The documentary follows the group behind the scenes during their "Ode to You" tour.

On June 22, Seventeen released their seventh EP Heng:garæ. This album is the group's best-selling album to date, having sold 1,000,000 copies in under a week, making Seventeen official 'million sellers' and granting them certifications from both the Hanteo and Gaon charts. The album also charted well globally, with a no. 1 position on 27 iTunes Top Albums charts around the world.

On July 7, Heng:garæ took no. 1 on the Oricon Weekly Album Chart. Seventeen became the first foreign male artist in 12 years to do so, breaking the previous record set by the Backstreet Boys.

On September 9, Seventeen released the second Japanese mini album 24H. They were the third group to reach no. 1 on the Oricon Weekly Album Chart with four consecutive albums, a feat that was last achieved in 1977 by Scottish pop rock band Bay City Rollers. On October 9, 24H gained platinum certification from RIAJ for selling over 250,000 copies.

On October 19, Seventeen released their new special album ; [Semicolon] with lead single "HOME;RUN". The album made headlines before its release after it was reported that more than a million copies had been sold in pre-orders alone, the second of the group's albums to reach the one-million mark.

On June 18, Seventeen announced their Power of 'Love' project and the release of their eighth EP Your Choice along with the MV of their title track, "Ready to Love". Opening the first signal of the project, Seventeen released a unit digital single from two members of the hip-hop unit, Wonwoo and Mingyu, with the title "Bittersweet (Feat. Lee Hi)" on May 28. The album earned another personal record for having sold over more than 1,000,000 copies in just four days after the release, making it the fourth album to reach the one-million mark. The record gave Seventeen the title of 'Quadruple Million Sellers'.

On July 19, 2021, all members of Seventeen renewed their contracts with Pledis Entertainment.[1]

On September 1, PLEDIS announced SEVENTEEN's activities for the second half of the year. Jun and The8 would be in China from September until December, to visit their families and also to focus their activities that had previously been postponed because of the pandemic. SEVENTEEN will continue their promotional activities with 11 members for that time, although both Jun and The8 will still be part of the comeback.[2]

On October 22, SEVENTEEN released their ninth EP Attacca with the title track, "Rock with you".

On a recent SEVENTEEN fanmeeting, Mingyu announced that Jun and The8 will be returning back to Korea from China after being gone for 4 months to work on activities and visiting their families.

On March 3, 2022, SEVENTEEN announced the release of the movie "Power of Love : The Movie" which will be released worldwide on April 20. It will include scenes from their live concerts, interviews released for the first time, and many behind-the-stage stories.

On March 17, Pledis confirmed the group is preparing to release their fourth full-length album in May. On March 27, during their sixth fan meeting, SEVENTEEN confirmed they would be releasing a pre-release single in April. On March 28, Pledis dropped the group's first teaser for their upcoming album. The teaser is an epic official logo motion video that signals the start of a new era. On April 1, Pledis announced on Weverse that the English-language pre-release "Darl+ing" digital single will be released on April 15 ahead of their comeback. On April 22, the album's title was announced as Face the Sun and would be released on May 27. 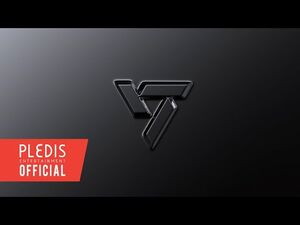 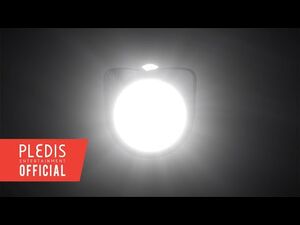