His real name is Choi Seungcheol (최승철) and he was born on August 8th, 1995 in Daegu, South Korea. He is the youngest in his family with one older brother, and has a dog named Kkuma. He joined PLEDIS in 2010, and was meant to debut several times prior to joining SEVENTEEN. (NU'EST in 2012 and TEMPEST in 2012/2013). 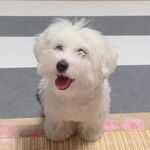